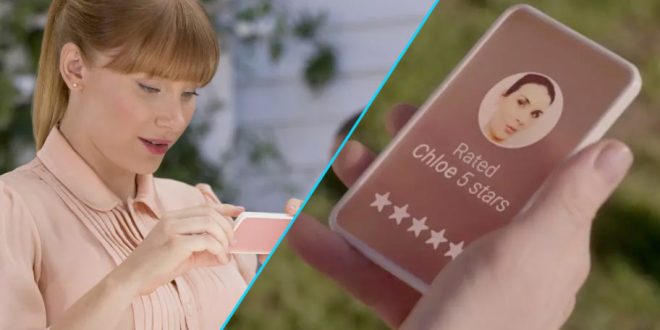 The parallels between Nosedive‘s “friend rating” system and China’s prototype “social credit system” which Ted explored in the lecture were immediately apparent. Perhaps most startling were how in Nosedive a low rating locked people out of certain services. Other’s would check their rating and discriminate based on it, the rating served as form of social currency.

In China the “social credit system” is functionally the same, awarding or deducting points based on behaviour (points for responsible behaviour, removal for irresponsible behaviour). The results of this were the same. People with low rating were locked out of certain services, a standout example being the man refused plane and train tickets meaning he had to catch a bus, extending his trip by four hours.

Only one major difference exists between Nosedive and China.

This is an essential delineation, as it influences the function of the technology. A state-focused system a la China creates a wall-network of sorts, where the technology, regardless of function, all returns to the same purpose. Propagate for the government.

Privately owned meanwhile, has a more sporadic evolution. As Tufecki notes in the reading, the information gathered from technology (be it metadata, facial recognition, something else) is initially without purpose. It is the prerogative of the private organisation how it is deseminated, leading to near infinite uses. Certainly the goal is convincing to people to buy, but buy what is the important question.

Food, devices, lifestyles, ideologies, people; all are products in this system, and each has a corresponding informations set. The way they interact is more akin to open network, sharing data, mixing and matching, innovating the sell, sell, sell.

When I look at the behaviour of the characters in Nosedive, with the devices directly curtailing the actions, and that information informing reactions from world around them, I realise that we are already living this reality. Social media, and the advertising there, function the same way. We input something, it returns a set of images designed the influence us, the cycle continues.

This is the Nosedive reality. 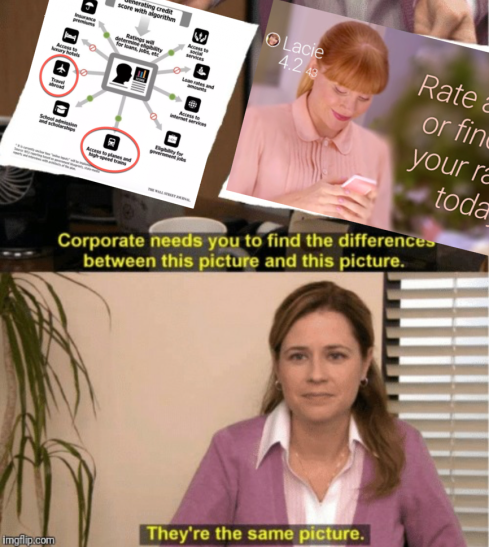 One thought on “we’re already living the “Nosedive” reality”

Jupiter Ascending is a good movie. I'm dead serious here. It's good! Look I don't have the space here to fully elaborate my argument, just trust me: it's good. The central tension is '...space capitalism... bad?' (it is). Channing Tatum is more dog that man, and Mila Kunis is into that? Eddie Redmayne whisper-talks until he shouts something dumb like "yOU BegGeD mE To dO iT!", like what else do you want? Watch it. Now.
Loading Comments...
%d bloggers like this: